Cape Town, South Africa, January 15, 2016 -- Today marks the 15th anniversary of Wikipedia, the world’s free encyclopedia that anyone can edit. This week, editors and readers around the world celebrate free knowledge and the joy it has sparked over the past 15 years. In South Africa we will be marking the anniversary with events in Cape Town and Johannesburg.

Wikipedia launched on January 15, 2001 with a bold vision: a world in which every single human being can freely share in the sum of all knowledge. At the time, the idea that people around the world would collaborate to build an encyclopedia—for free—seemed unbelievable. Since then, Wikipedia has grown to more than 35 million articles in hundreds of languages, used by hundreds of millions of people all over the world. Wikipedia is still built by volunteers around the world: each month, 80,000 volunteer editors contribute to the site.

As of this fifteenth anniversary, 28 percent of the those alive today have never known a world without Wikipedia. While much of the internet has evolved into a private space, Wikipedia serves everyone on Earth, of all backgrounds and ages.

January 15 marks not just the birth of Wikipedia, but the beginning of a movement. Wikipedia is much more than a website. Wikipedia and its sister Wikimedia projects represent a global, ever-expanding resource and community for free knowledge. Here are just a few examples:

Wikipedia started in January 2001 in English, but soon expanded to other languages—within the first year, it grew to 18 languages, including Afrikaans. Today, it is available in hundreds of languages.

Volunteers constantly edit and improve Wikipedia. Every hour, roughly 15,000 edits are made to Wikipedia. Every day, 7,000 new articles are created. Wikipedia became one of the top 10 websites in the world in 2007, and the only non-profit website anywhere near the top. It’s not just Wikipedia. Wikimedia has 11 other free knowledge projects, including the Wikimedia Commons as well as Wiktionary, Wikiquote, Wikispecies, and more. Wiki Loves Monuments (international) and Wiki Loves Monuments South Africa, a global photo competition, was launched in 2010 to document images of cultural heritage. In 2011, the contest was named the largest photo competition in the world. Companion projects, such as Wiki Loves Earth, Wikivoyage, Wiki Loves Africa, and Wiki Loves Cheese, are global photographic competitions focused on other topics. Volunteers around the world have built hundreds of partnerships with galleries, libraries and museums to make institutional collections more broadly available.

"Wikipedia challenged us to rethink how knowledge can be gathered and shared." said Wikipedia founder Jimmy Wales, "Knowledge is no longer handed down from on high, instead it is freely shared by everyone online. Wikipedia seemed like an impossible idea at the time—an online encyclopaedia that everyone can edit. However, it has surpassed everyone's expectations over the past 15 years, thanks to the hundreds of thousands of volunteers around the world who have made Wikipedia possible."

Today, we celebrate not only Wikipedia, but all of the projects, partnerships, events, and joy it has spurred over the past 15 years, with many still to come. The Wikimedia community of editors around the world are hosting parties, conferences, and other events to bring together community members and celebrate Wikipedia’s 15th birthday. In South Africa we are using this opportunity to encourage more South Africans from all communities and backgrounds to edit Wikipedia.

You can use social media to tell us what Wikipedia means to you by tagging @Wikipedia and using the hashtag #wikipedia15.

About Wikipedia Wikipedia is the largest collection of collaboratively built free knowledge in human history. It is a collaborative creation that has been added to and edited by millions of people from around the globe since it was created in 2001: anyone can edit it, at any time. Wikipedia is offered in hundreds of languages and contains more than 35 million articles. Each month, it receives more than 15 billion pageviews. Wikipedia’s content is contributed and edited by a community of around 80,000 volunteer editors each month.

Wikimedia ZA is an independent volunteer driven non-profit organisation for Wikimedia project editors in South Africa. It exists to promote and support the editing of Wikimedia projects such as Wikipedia. 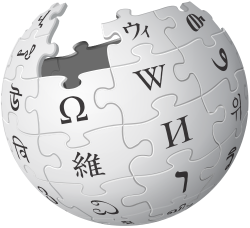 Today, 1 November 2015, the 5 millionth article was created on English language Wikipedia about Persoonia terminalis -an Australian shrub- by long time Wikipedia editor Cas Liber. For more information about this momentous event in the Wikipedia community see the press statement by the Wikimedia Foundation at the link here.

The 5,000,000 articles on English language Wikipedia would not have been possible without the 126,672 active editors and 1,329 administrators who have collectively made over 790,000,000 edits on the wiki. Currently Wikipedia is the 7th most popular website on the internet with only Google, Facebook, YouTube, Baidu (a Chinese search engine), Yahoo, and Amazon beating the online encyclopaedia in the rankings.

If you are unable to attend the event in person in Cape Town then please let us know at info{at}wikimedia.org.za so we can invite you to join us on Google Hangout to participate electronically.

Due to the fact that a number of the directors of Wikimedia South Africa could not attend on any other date it was agreed that we would host the event in late November instead of early November. It was agreed to host this AGM in Cape Town again so as to coincide with the award ceremony for Wiki Loves Monuments (which will be on the same day) as well as to best serve the wishes expressed at the last Wiki-meetup in Cape Town. We also have a readily available space in Cape Town to host the AGM.

Wikimedia South Africa will be hosting an edit-a-thon to encourage people to use the photographs take during Wiki Loves Monuments over the years on Wikipedia. As you might well know the Wiki Loves Monuments competition has generated thousands of pictures of South African heritage locations and hundreds of thousands of pictures of heritage sites around the world. Very few of them are currently used on Wikipedia.

As such we created a special prize for "best use on Wikipedia" for a site anywhere in South Africa this year totalling R3,000 and the same prize category for a site in the Western Cape totalling R4,000. The cut off deadline to apply this this prize category is the 7th November 2015. The edit-a-thon is a great opportunity to enter this event and learn more about how to maximise your contributions to Wikipedia using Wiki Loves Monuments photographs.

You will need to bring your own computer/notebook/device to edit Wikipedia on. Unfortunately the host site does not offer free standing computers.

We will be serving food and refreshments on the day. It important to keep Wikipedia editors well fed.

The winners of the Wiki from Above 2015 competition were announced at the FPV Fest held in Stellenbosch over the weekend. Thanks to all those who participated in the competition!

Here are the winners :

To see all the submissions for the competition, please visit the category on Commons.

Representatives from Africa at the 2015 Chapter's Conference. Photo: CC BY SA Habib M'henni

Representatives from South Africa, Tunisia, Algeria and Ghana were present at the Chapter's Conference 2015, held in Berlin this weekend.

For more information on the Chapter's Conference, please visit the meta page for WMCON2015.

To read what was discussed during the Meet-up please visit the etherpad.